This is a photo of Ryan eating. One of approximately 714 images of Ryan eating that Matt has on his phone. Eating symmetrically is how all the Hollywood types do it too. So it's fine. Normal people kiss their food. 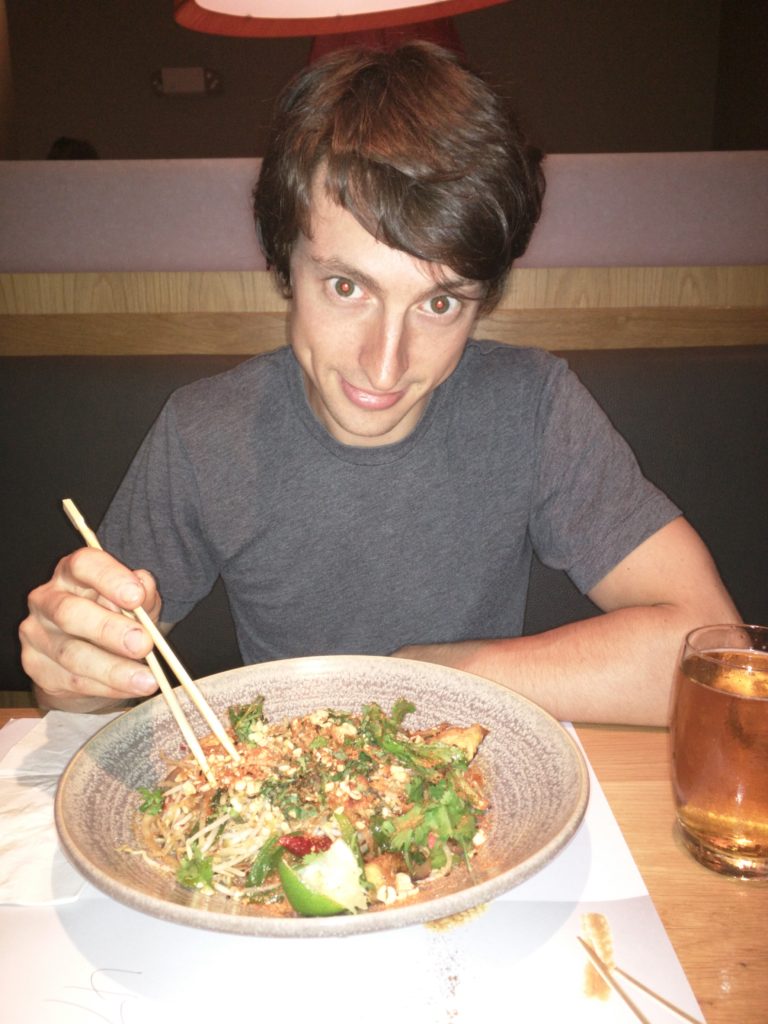 All the big movies have a plate full of Pringles and we were no different. 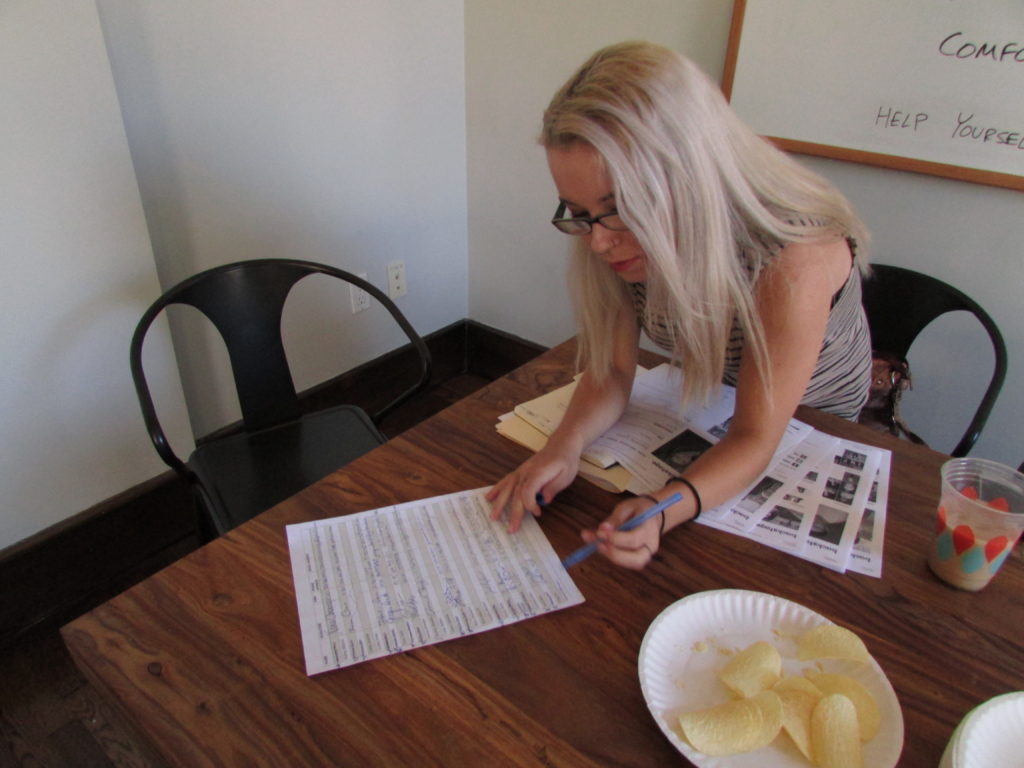 He showed up, brought lots of lights and power strips and gaffer tape. Hero. 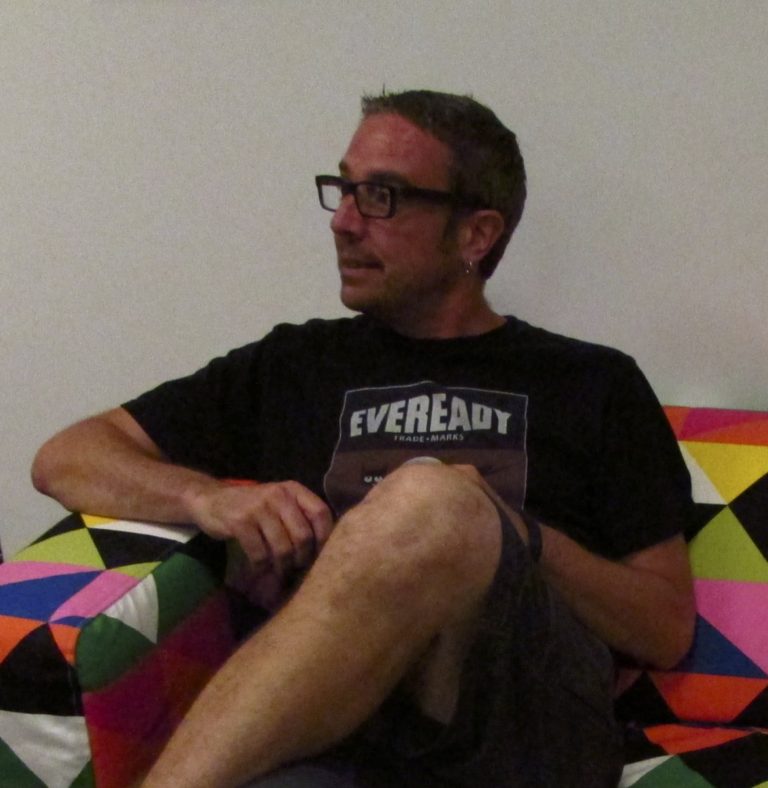 Sarah is taking a photograph of you using this website, which will be developed, scanned and uploaded via FTP to the World Wide Web in 6-8 weeks time. 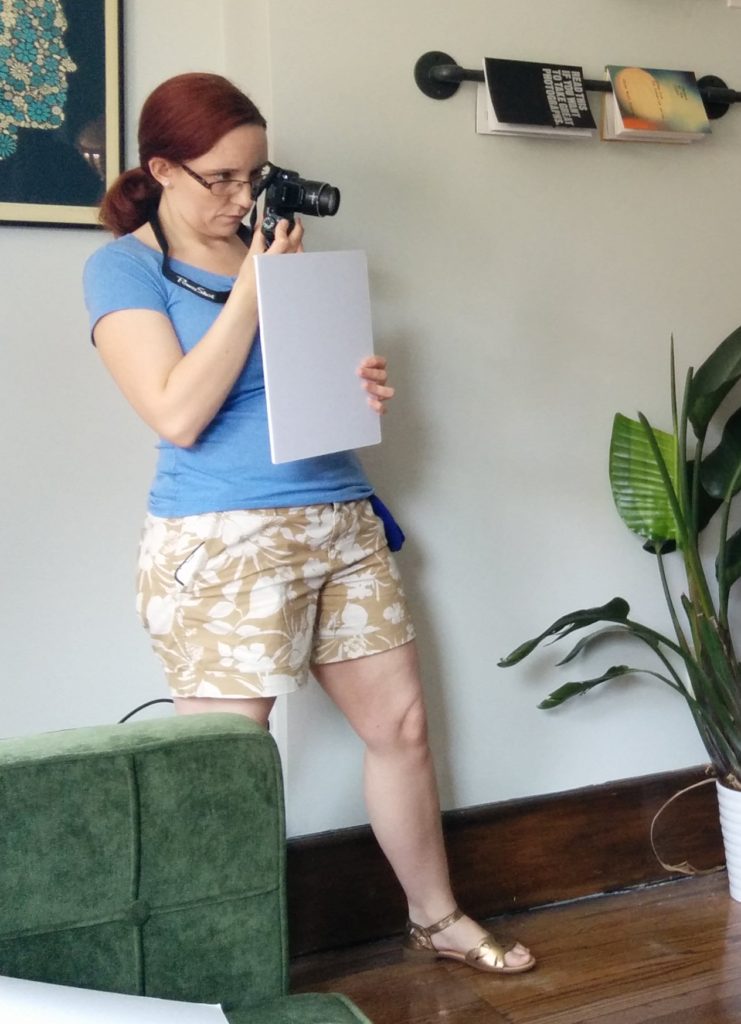 It's Mark Cousens, and he's reading the script on the MBTA here in Boston. Mark lives in Norwich in the UK but came to Boston because he loves ape movies. 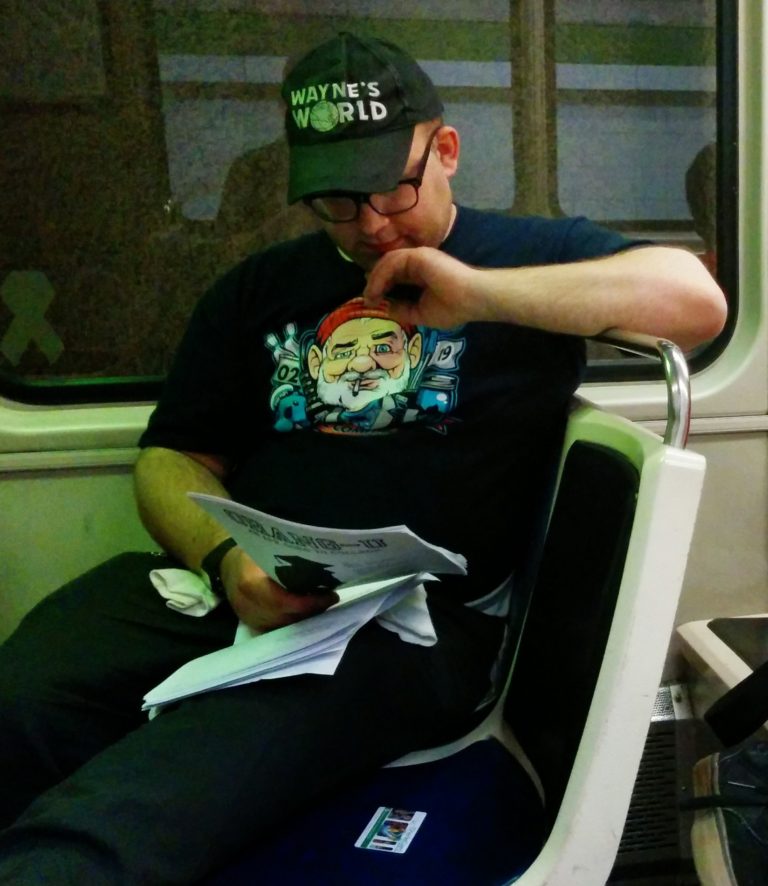 One time intern at the Free Software Foundation, now living it up in Rochester, New York. Stevie is one of the producers of Orang-U. 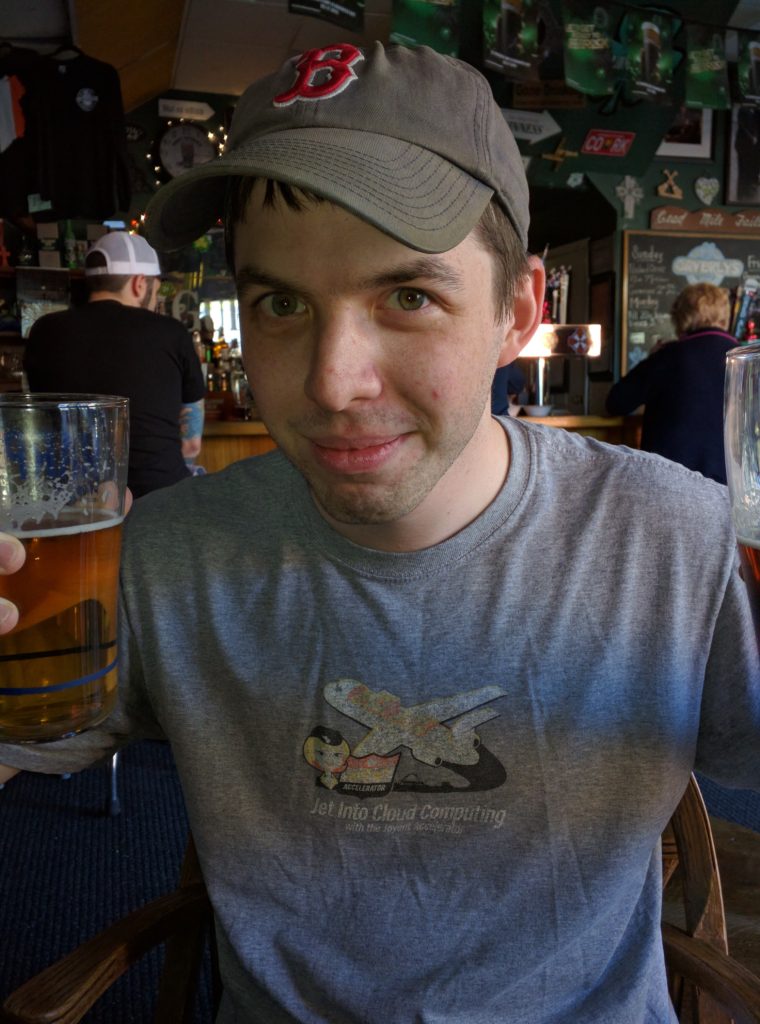 Don used to live in Boston, then he moved to Seattle. Still, he is one of the producers of this movie. He's also a lawyer. 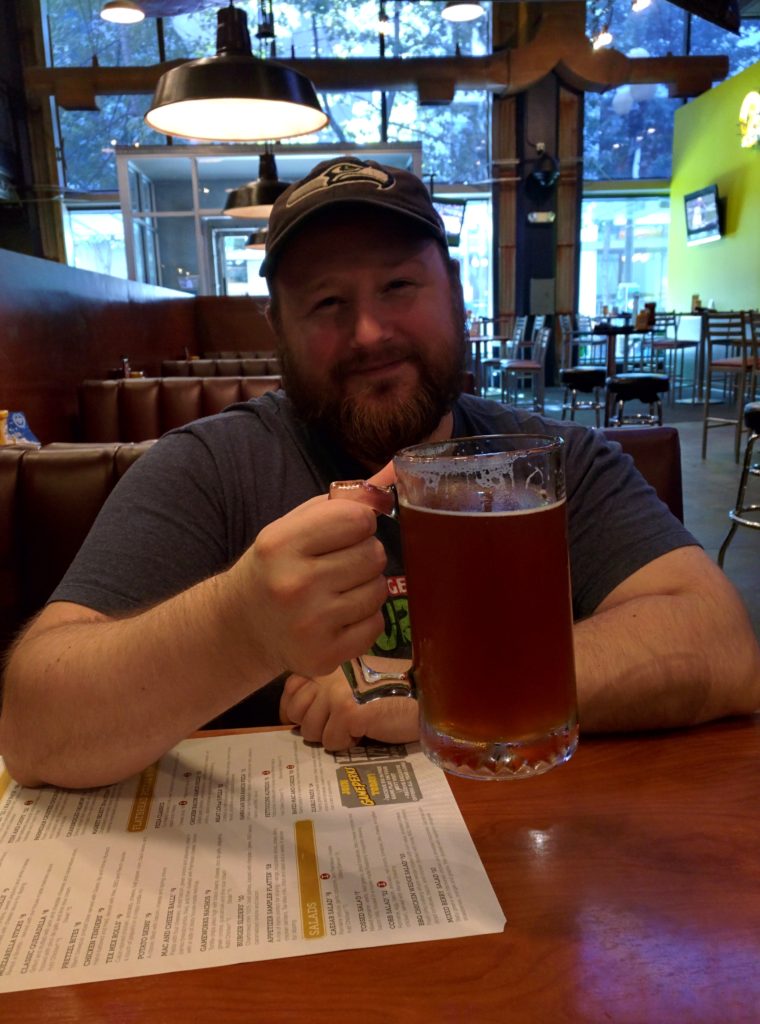 Justin gave us money to make the movie, but not enough money to not put up this photo of him on the web. He drinks his cider from a 20oz glass like a person should. 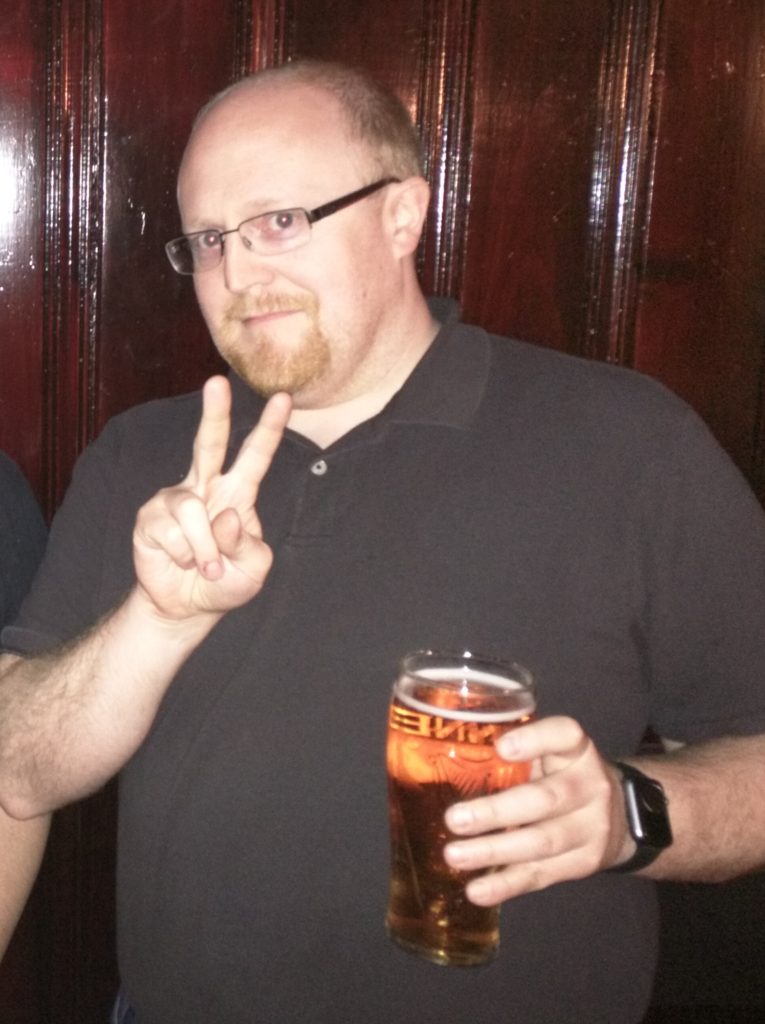 If Mark looks drunk in this photo, it's because he is. Mark lives in the UK (as apparently all people called Mark do) and does amazing voiceover work when he's not at the pub. 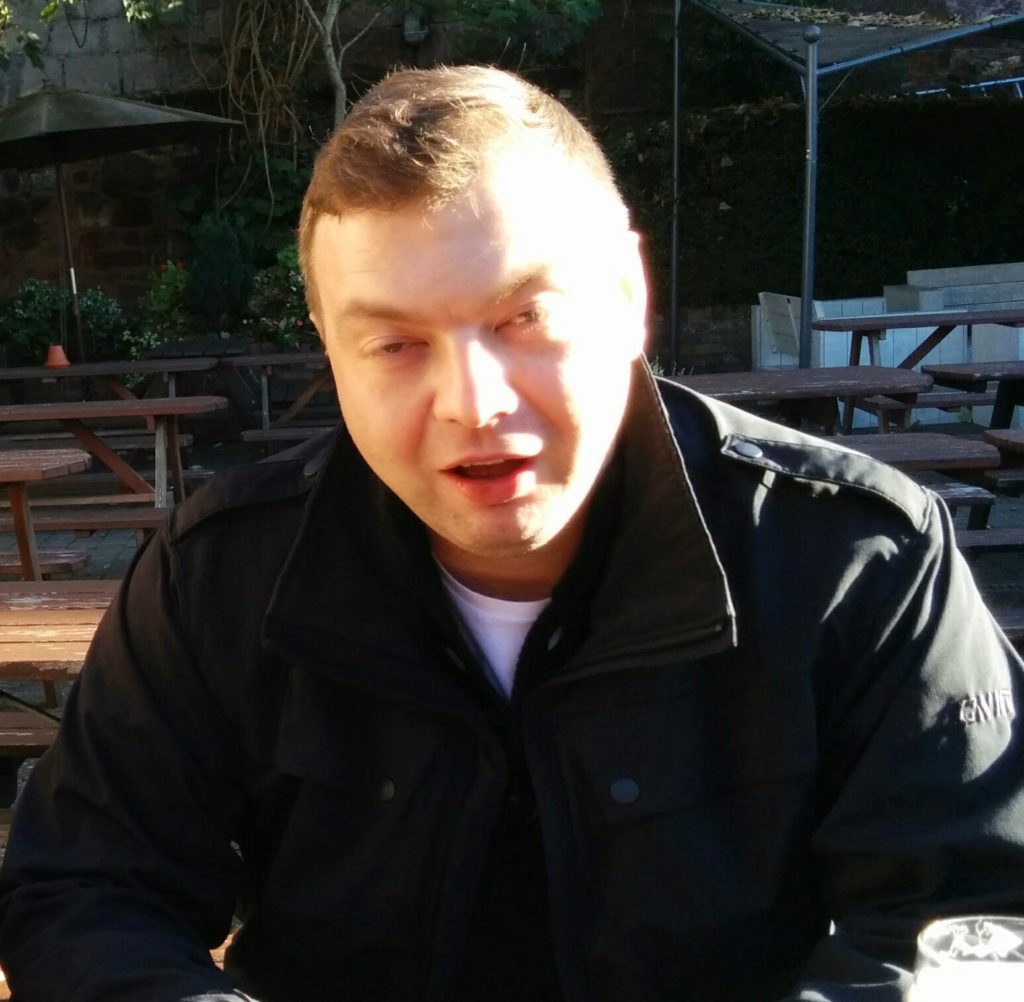 Here's a photo of Rob Myers drinking red wine with a straw with a silly hat on in a hotel in Vancouver. He'll complain and say its diet Coke, but they don't even have diet Coke in Canada. 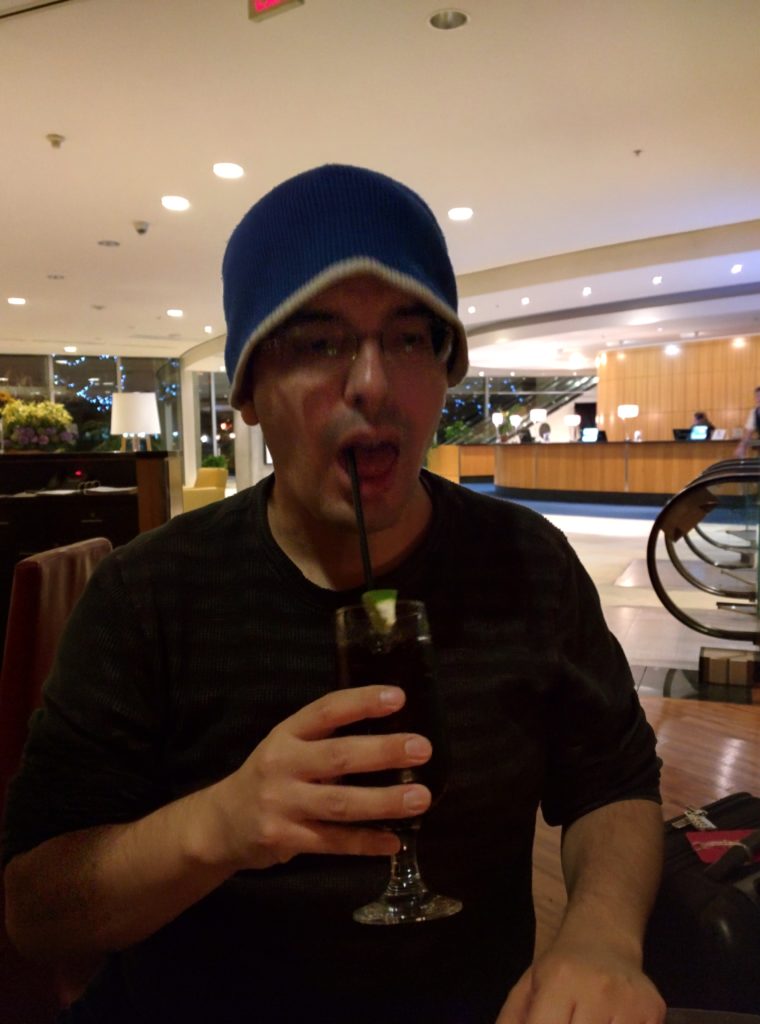